The Texture Rubbing project is designed to learn and understand more about different textures and how they might make a viewer describe them by how they visually “feel”.

The final composition will fill a 12”x12” grid, divided by 3” squares in four rows and four columns centered within a 3” border on sketch/drawing paper. Other tools needed include a ruler, a soft pencil, various erasers and a graphite pencil.

Rubbings are produced by placing the paper on top of a textured surface and gently rubbing the graphite pencil across the paper, thus allowing the texture below to transfer its pattern to the paper. Each rubbing must fill as much of the appropriate square as possible and only one texture should be used in each square. Each square should also be filled from a unique texture source.

To complete the project, assign an adjective to each texture square and include it as a compositional element.

I began preparing my sketch paper by measuring an 18”x18” surface area and dividing the square into sixteen 3” squares using my ruler and a soft pencil. Next, I went on a texture scavenger hunt. 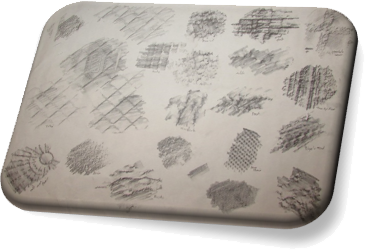 As I found each texture I was interested in, I took an initial rubbing with a 6B graphite pencil. I did this for two reasons: first, I wanted to make sure the surface I thought would produce a nice transfer actually produced a unique effect. In some cases I found the surface didn’t stand out or even transfer so I moved on. My second reason for the rough draft was to visual organize the patterns in my mind before deciding where within my grid I’d like the final rubbing to exist.

Once I decided which textures I wanted to use in my final design, I had to take the sheet with my prepared grid to each texture source and get a new rubbing. For this I used a harder HB graphite pencil than previously utilized. I found that the soft 6B pencil left too much graphite on the page to distinguish between the texture underneath and the normal graphite rubbed on the paper. 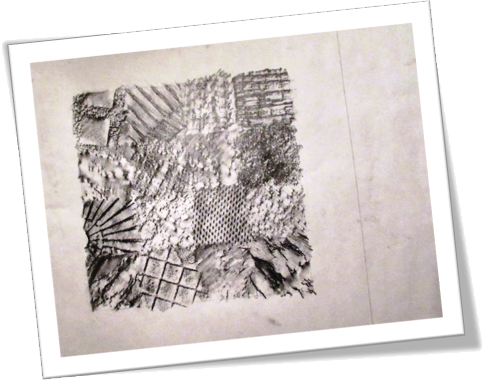 As I took each rubbing, it was necessary to erase some overlap from square to square to ensure the adjacent textures were properly displayed. Since most of my textures were outside, I took my grid sheet, a kneaded rubber eraser and my graphite pencil with me on my second texture journey. When I returned to the house, I used a mars plastic eraser to clean the edges and some harder to remove marks from my design and its frame. 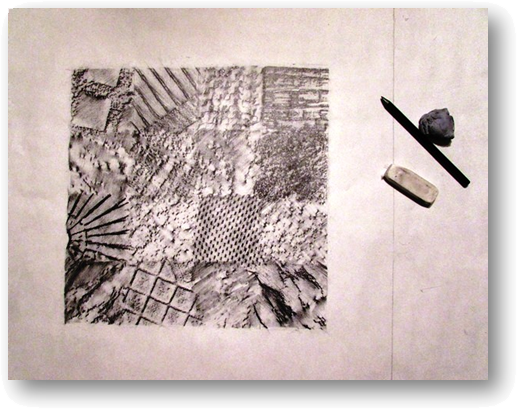 The next step in the texture project was to describe each texture with an appropriate adjective. To accomplish this, I blew up a picture of the final texture rubbings and considered many types of adjectives such as tastes and tactile adjectives, appearance adjectives, positive and negative sensation adjectives and shape, size and sound adjectives. I chose the most appropriate for each texture pattern I had collected but did not stick to the predictable tactile descriptions. I purposefully ignored the source of each rubbing and focused purely on the design created by the transfer. 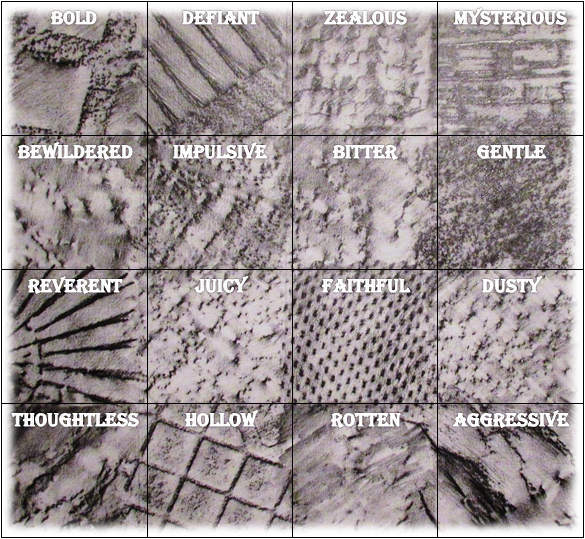 After deciding on descriptions and a font that would complement my design, I needed to transfer the text to the composition. To accomplish this I used the simple tracing paper method. By printing my labels the appropriate size to fit my work, I simply traced the positive image of each, reversed my trace on the negative image and then transferred the descriptive text to my graphite rubbing. I later darkened each adjective with a permanent marker. 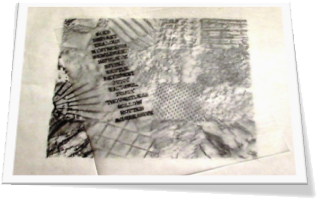 One of the last steps was to trim the excess paper from the final composition and clean the edges and frame of the design with my kneaded and plastic erasers. 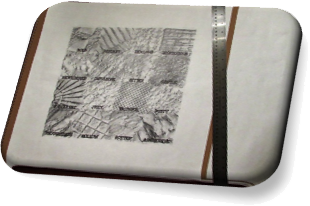 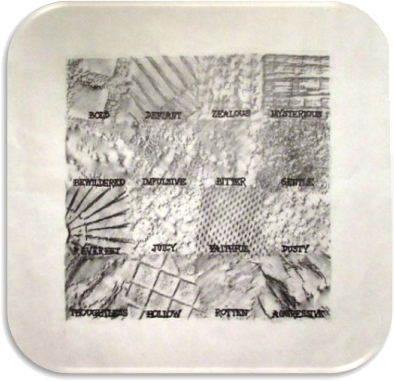 While I thought this version was pretty close to complete, as I reviewed the overall design I wanted more contrast between the descriptions and the rubbings. I first thought about purchasing a white marker to accent the dark, black text but decided instead to lighten the area directly behind each label with a kneaded eraser, thus allowing the descriptive adjective to stand out from each pattern. 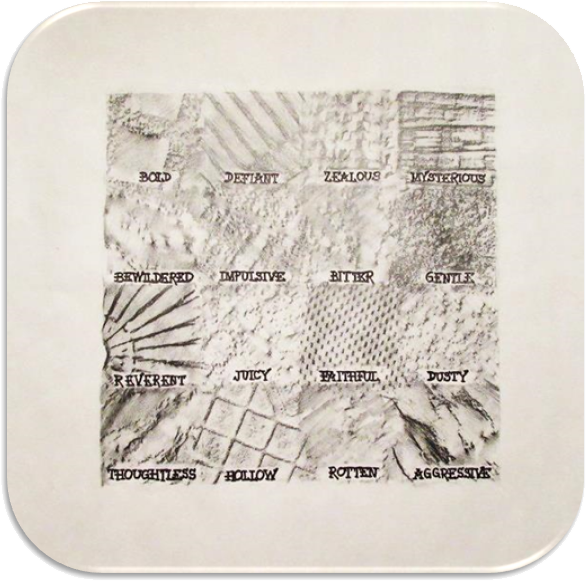 Chapter Six of Art Fundamentals: Theory and Practice by Ocvirk, Stinson, Wigg, Bone and Cayton focused on Texture. The nature of texture was broached in this chapter along with types of texture, patterns, composition and space as related to texture. Its expressive content and some three-dimensional applications of texture rounded out the chapter.

Case: Texture and its Types

Experiencing texture can be subconscious or obvious, inviting or repellent, visual or physical. When texture is more than an illusion it is considered tactile. There are several types of textures: actual, simulated, abstract and invented. Actual texture is a tangible, concrete, physical texture. Some examples of actual textures include thick uses of paint, enhanced by the quality of the paint utilized, and papier collé, the origin of the modern collage, which makes use of actual objects within a planer design. Simulated texture looks real but is an illusion. Many genre paintings of the Dutch and Flemish produced amazing effects often associated with trompe l’oeil paintings so convincing in their detail they could be mistaken for the real thing. Modified textures that display a hint of an original texture are known as abstract textures whereas invented textures are without precedent; in other words, these textures do not simulate nor abstract from reality, they are created from the artist’s imagination. Patterns are often derived from textures and decorative in purpose. Textures can provide movement within a composition and manipulate space by appearing blurred or sharp depending on the artists’ intent. The lines between two-dimensional and three-dimensional art blurs even more as texture building becomes assemblage where the artist constructs large, protruding objects – either free-standing or hanging – and mixes surface textures with the assembled objects’ textures.

Focusing on the four texture types as my bullet points allowed me to utilize Dr. Giampa’s personification method to explore the unique characteristics of each type and how they could be perceived by a viewer.

As an actual texture you can consider me the “real thing”! I can be inherently found in natural materials, although I may be manipulated from my natural form. I change the surface of planer designs when an artist builds their materials upon that surface, subtly or obviously.  Papier collé is one way to accomplish such a collage effect of objects within a design, thus offering my viewer’s many different tactile experiences.

When I merely create an illusion of a texture I’m described as a simulated texture. A talented and skilled artist can make such an illusion so real the viewer feels compelled to reach out and touch me. Trompe l’oeil paintings are perfect examples of my ability to fool the eye with photographic detail. Although I may look like I contain tangible textures, you can trust me when I tell you I’m lying.

Sometimes I simply hint at another texture and in these cases I’m considered an abstract texture.  Normally, I become a simplified version of the original texture and I often emphasize patterns and designs. I am usually used decoratively to accent or diminish areas of the composition as well as control eye movement. I’m just here to compliment other areas of a design, or even tame dominant features, to improve the balance or focus of a composition.

I can also be an interesting invented texture that is without precedent! At these times I’m neither simulated nor do I abstract from reality. As an invented texture my main purpose is sometimes to surprise or shock my viewers and I share similar decorative and compositional tasks just like when I’m an abstract texture. Be careful when using me in this manner because I should not distract the viewer from the true purpose of the design. The subject and meaning of a work can be lost in the swirl and excitement of imaginative and unique textures like me! 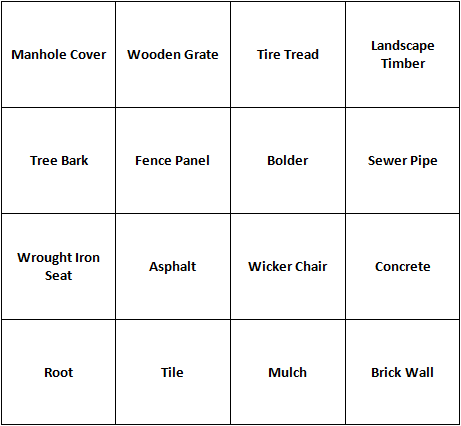