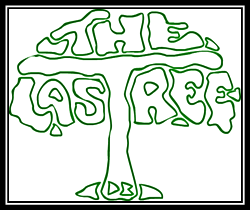 I designed a poster in the Futurist typography style around the lyrics of an original poem: The Last Tree. First, I drew the focus point of the poster, the title, in the form of a typical tree silhouette in Adobe Flash with a VisTablet. I then transferred the image to a black background in Photoshop where I began adding the stanzas of the prose. The first stanza I arched with a left alignment and a fifty percent bend and placed it in the upper, left-hand corner of the poster. The second stanza was placed below and to the right of the first and was also configured with a left alignment but consisted of a negative fifty percent bend. Both stanzas were rotated to the left so that they would complement each other and add movement to the composition. It could be interpreted as whipping wind or the physical manifestation of a toxic storm generated by a nuclear war. Some may even infer a symbolic rain of destruction and desolation based on the social commentary of the poem. The third and final stanza was placed below the illustrated title, given a negative fifty percent bend and center aligned. 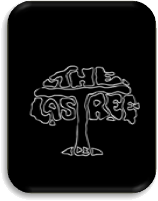 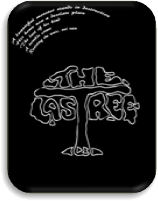 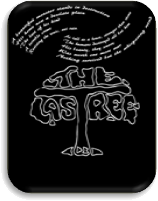 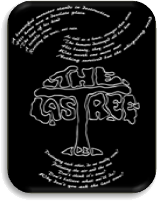 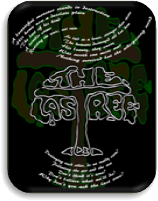 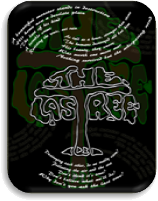 Additional elements were added in the spirit of DaDa beginning with a larger, colorized tree image at twenty-five percent opacity. This effect enhances interest and creates further movement to the design, allowing the eye to wonder, before or after reading the text. Another component included to occupy large negative space involved the recurrence of all three stanzas in black font with an outer glow and reduced to twenty-five percent opacity. Each was adjusted by bend and/or alignment to fit its new space and placed within the composition in such a way that some of the script ran off the edges of the poster. This writing is not meant to be read but to increase repetition and balance the overall image. Lastly, a light glow of a border was included to delicately frame the piece. 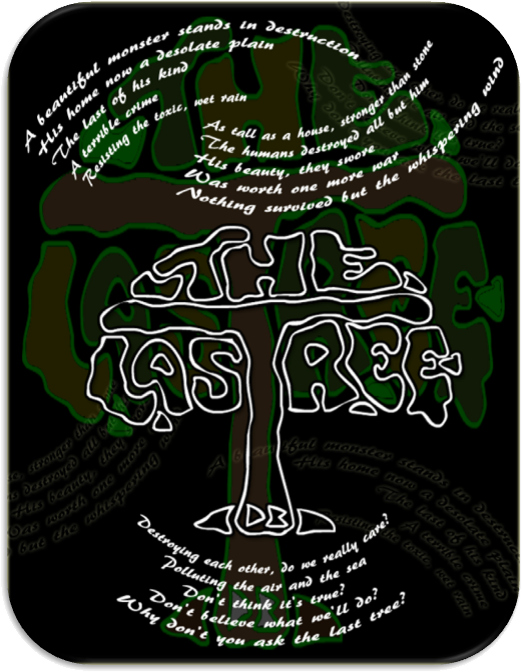