…is a document in which the text is supplemented by the addition of decoration, such as ornamented initials, margins and miniature graphics. In the strictest definition of the term, an illuminated manuscript refers only to manuscripts decorated with gold or silver but, in both common usage and modern scholarship, the term is now used to refer to any decorated or illustrated manuscript.

I began, as many of these documents do, with an elaborate, over-sized first letter and descending – yet still larger than the majority of the prose – text for the lines adjacent to said letter. I completed the first stanza with decreasing text dimensions until I reached the standard font size I would utilize for the remainder of the poem. 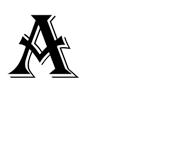 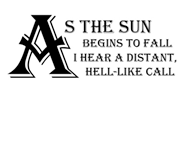 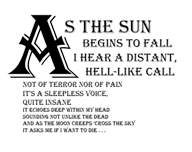 Next, I added the second stanza but right-aligned it to produce a sense of movement within the piece. The third, and last, stanza was aligned back on the left, which balanced the text and centered the movement. Borders are a staple of the illuminated manuscript; so, I added stars around my poem. 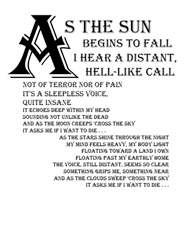 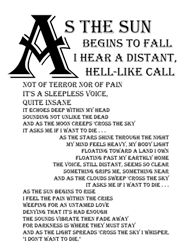 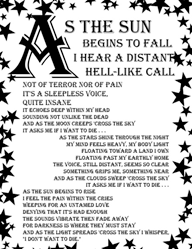 To complete the decorative elements, I added a sun icon and fancy moon symbol to the white spaces next to the first two stanzas. I reserved the third white space for a field of tiny stars. 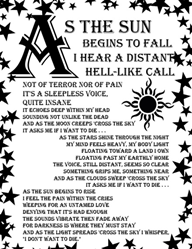 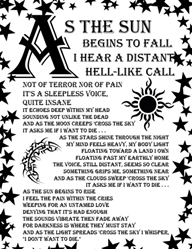 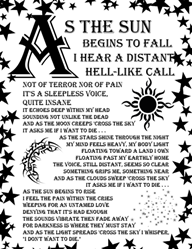 This could be a finished product, however, color was a large part of the illumination process since all books, documents and manuscripts were already written in black ink. To include this effect, I started by simply adding color to the initial letter, some of the surrounding stars, the sun and even the last line of the poem.

Still, some decoration needed to be added to truly encompass the spirit of illumination; so, I replicated the moon, sun and stars and overlaid miniature versions on the initial letter to produce the ornamented embellishment well-known within classical illumination. 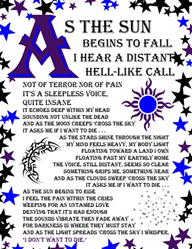 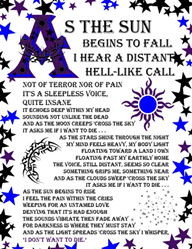 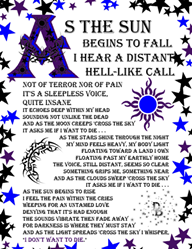 Finally, I added my initials to the star-field at the bottom of the work. This monogram is a principal element to fine art and the illuminated manuscript is no exception. In this case, the signature reveals not only the illuminator but also the author of the prose. 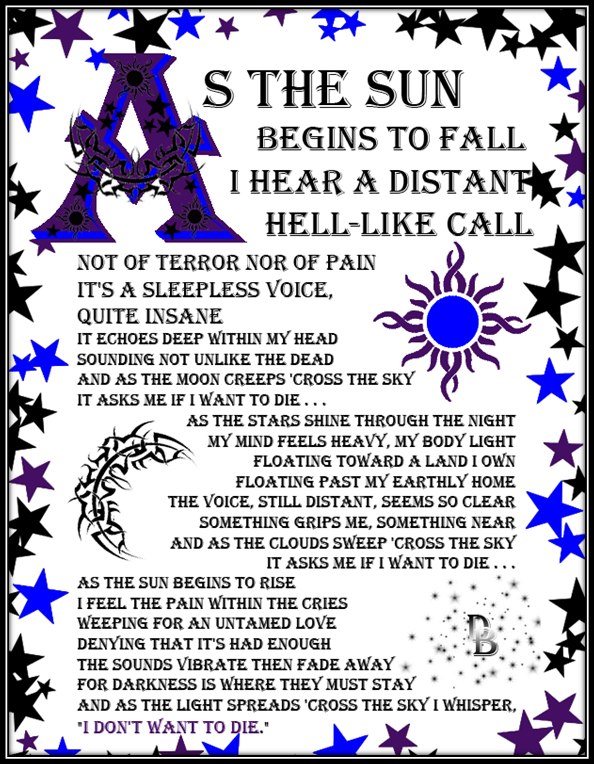